The U.S. Virgin Islands Paradise Jam is an annual early-season basketball tournament for Division-I men’s and women’s basketball teams. Hosted at the University of the Virgin Islands Sports & Fitness Center on St. Thomas in the U.S. Virgin Islands, the tournament offers excellent early season competition. Founded in 2000, many of the nation’s finest college student-athletes have converged on St. Thomas to test their skills. Travel packages for fans of Paradise Jam are available. With an average November temperature of 86 degrees, visitors can enjoy the island’s white sand beaches and crystal blue waters by day, and head to the basketball tournament in the evening.

The three-game championship format MTE is played in the state-of-the-art basketball facility at University of the Virgin Islands. The 3,500-seat UVI Sports and Fitness Center has been praised by coaches and student-athletes alike for its custom hardwood floor, air-conditioning, and frequent sellout crowds. The UVI Sports & Fitness Center is recognized as one of the best facilities of its kind in the Caribbean and the top venue for early-season college basketball tournaments, regularly reaching standing-room capacity for the duration of the men’s and women’s Paradise Jam.

The 20th annual Paradise Jam will be held November 22-30, 2019. The men’s Paradise Jam will tipoff Friday, Nov. 22 at 2 p.m. AST (1 p.m. EST) as the Valparaiso University Crusaders face the Grand Canyon Antelopes. Fordham University and Nevada will face off at 4:15 p.m., followed by Illinois State and Cincinnati at 6:45 p.m. The opening round concludes with a 9 p.m. tipoff between Bowling Green and Western Kentucky.

Losing teams will compete in their second game the following day, Saturday, Nov. 23 with tipoffs scheduled at 4 p.m. and 6 p.m. Winning teams will have a one-day respite, before facing off in the semifinals, Sunday, Nov. 24. The first semifinal will begin at 6:30 p.m., followed by the second semifinal at 8:30 p.m. All teams will return to the UVI Sports and Fitness Center on Monday for the final days of competition. The seventh-place game will begin at 2 p.m., followed by the fourth-place game at 4:15 p.m., third-place game at 6:45 p.m., and the men’s championship game at 9 p.m. 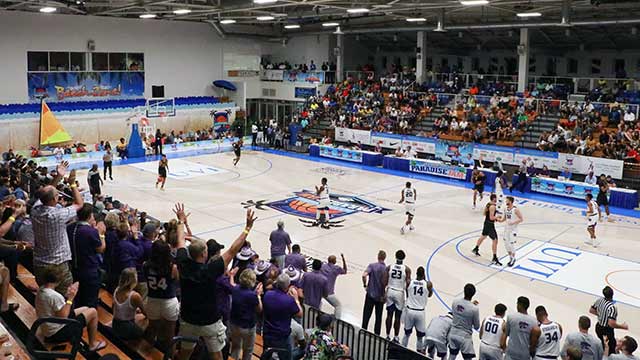 Looking for a hotel or resort to stay at while enjoying the Paradise Jam? Check out our Hotel/Resort list.

Having your own transportation will make sightseeing, beach hopping, dining, shopping and exploring the island much more convenient. Car Rental List