Weather in the Virgin Islands 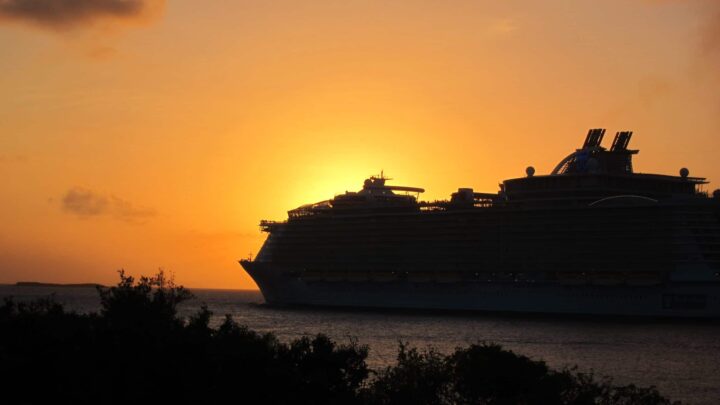 June, July and August tend to be the hottest months with temperatures in the mid 80s and December through February cooler months with high 70 degree temperatures. (Temperatures are in degrees Fahrenheit. Averages based on data gathered from 1/12/1972 until 3/31/2004 for St. Thomas & St. John; 1/1/1972 until 12/31/2001 for St. Croix. Source: Southeast Regional Climate Center.)

The variation between the average hottest summer day and the average coolest winter day is about 18 degrees. Below is a table with average highs and lows by month.

While the weather person can expect to say about the same thing everyday while on the job in the Virgin Islands there are weather extremes that come along and make things interesting.
The hottest temperature recorded between 1972 and 2004 was 99 degrees. This sweltering heat was experienced in August 1979, July 1988 and June 1996.
The lowest temperature recorded was 52 degrees in November 1999 on St. Thomas, followed by 55 degrees in March 1991 on St. John and 57 degrees on April 1997 on St. Croix.

Water temperatures in the Virgin Islands do not change greatly from summer to winter, however the 4 or 5 degree change is noticeable to those acclimated to consistently warm tropical weather. In the summer months the water temperature is about 83 degrees and in the winter about 79 degrees.

Average and Record Rainfall by Month in Inches

Rainy months does not mean that there is continuous rainfall every day all month long, in fact most daily rainfall reports are below .10 inches. Rain showers are often short and typically occur early in the morning or at night. On a truly rainy day, it will rain off and on for the entire day. All day downpours over numerous days are not common. The driest months are typically February and March.
As mentioned being inundated with rain is not common, but it does happen. In November 2003 the islands experienced record breaking rainfall. St. Thomas experienced 18.39 inches of rain and St. John 18.91 inches. St. Croix’s highest rainfall was in September 1979 with an amazing 21.39 inches. Droughts are a larger problem because the islands are dependent on rain as a source of water.

One of the greatest natural threats in the Virgin Islands is hurricanes. A hurricane is a generic name given to a wind system that forms in a spiral shape. It circulates around a central point called the eye. Hurricanes can be considered a tropical cyclone. The storms are classified according to formation stage; tropical depression, tropical storm and hurricane. Atlantic hurricane season runs from June 1st to November 30th with the highest occurrences of storms in August and September. (The table below indicates tropical storm and hurricane activity which occurred within two degrees of the Virgin Islands and Puerto Rico from 1819 to 2001. Source: NOAA)

During tropical storms and hurricanes residents of the Virgin Islands secure personal belongings and homes and wait out the winds and rains. Hurricane warnings and watches are given by government and news agencies as the storms approach is monitored. The most recent hurricanes affecting the islands were Hurricanes Irma and Maria in September 2017; Hurricane Marilyn in 1995; and Hurricane Hugo in 1989. There have been smaller hurricanes and storms that have impacted the USVI during this time as well.