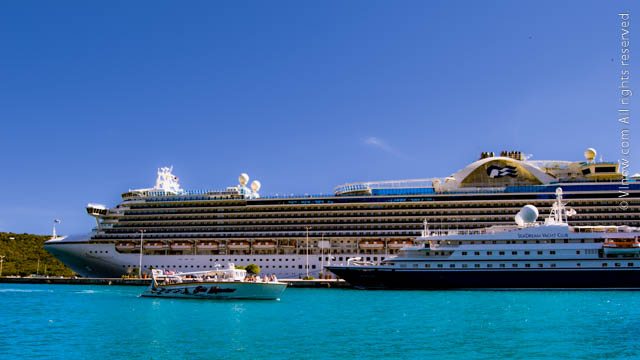 There are several major banks in the U.S.V.I. First Bank and the Bank of Nova Scotia are located on St.Thomas, St. Croix and St. John. On St. Thomas and St. Croix you will find Banco Popular. They all have ATM machines. Bank locations can be found around the main towns and shopping areas on each island.

If your cellular phone provider is Sprint or AT&T Wireless your phone will work; these cellular phone providers are in the Virgin Islands. Some Verizon users have reported; that their phones work, others have said their phones have not worked and some note the phone worked with large roaming charges. If you use Verizon or another carrier you should call customer service to find out whether your phone with work in the USVI.

The islands experience perpetual summer. Temperatures range between 79 degrees and 82 degrees depending on the time of the year. For more information on weather, rain fall, water temperatures and today’s forecast visit Weather in the USVI.

It is a taboo to wear swimwear anywhere besides the beach or poolside. Locals frown upon and take offense to men who walk bare back through town and to women who wear swimsuits along public roads in town and around shopping areas. If is seen as a disrespect to the local residents. You will be received much kinder by at least wearing a beach cover up when not on the beach.

It is also encouraged that you say Good ____ (Morning, Afternoon, Day) when greeting people, particularly in stores. They will usually greet you in the same way.

All federal holidays are celebrated in the USVI as well as local holidays like Carnival. Events Calendar →

Between the Caribbean Sea and the North Atlantic Ocean, east of Puerto Rico. USVI Geography →

There are post offices in the main towns of St. Thomas, St. Croix and St. John. On St. Thomas there is a small post office in Havensight close to the cruise ship dock. There is also one in Charlotte Amalie, as well as several others around the island.

The USVI experiences visitors all year round however the high season is late November to early May. During this period up to 7 and 8 cruise ships per day might call on St. Thomas. Cruise ships continue to visit during June through October in a lower volume.