“Spirit is proud of its strong connection to the Caribbean, and we’re thrilled to bring more ultra-low fares to the U.S. Virgin Islands,” said Mark Kopczak, Spirit Airlines’ Vice President of Network Planning. “With this new service to St. Croix, and our continuing resumption of service to the other islands impacted by last year’s hurricanes, we are excited to expand on our 12 years of service to the region and continue to deliver ultra-low fares for tourists and locals alike.”

“The U.S. Virgin Islands is making tremendous progress in its recovery from last September’s hurricanes,” said Kenneth E. Mapp, Governor of the U.S. Virgin Islands. “The decision by Spirit Airlines to provide service to St. Croix not only provides additional options for travelers to and from the mainland, but also signals confidence in the Territory’s continued growth and progress.”

Spirit continues to rebuild to its full historic Caribbean scheduled service levels.  On March 10, service to St. Thomas, U.S. Virgin Islands and to San Juan and Aguadilla in Puerto Rico all return to pre-storm, daily service. On April 12, Spirit will also celebrate expanded service to Kingston, Jamaica for the summer season and new nonstop service to Cap Haitien, Haiti. Spirit intends to resume its Saturday-only service to St. Maarten on May 5, 2018.

“This additional service helps to meet the growing demand for air service into St. Croix, the largest of the U.S. Virgin Islands,” said Beverly Nicholson Doty, Commissioner of Tourism U.S. Virgin Islands. “We thank Spirit Airlines for its commitment to the Territory and look forward to developing our expanding partnership.”

Due to strong bookings on the Atlanta-St. Thomas route, Delta Air Lines will reinstate its daily service from New York to St. Thomas, effective May 24.

JetBlue Airways will operate a second daily flight from to San Juan to St. Thomas from February 15. The airline will provide daily options for travelers between Boston and St. Thomas (between February 15 to May 1) over San Juan.

“We are very encouraged by these new developments,” reported the Commissioner, who explained that while hotels and resorts rebuild and prepare to welcome stayover visitors back to the Territory, a strong demand for air seats is being generated by guests staying at inns, bed and breakfasts and boutique hotels; villas, apartments, condominiums and other rental properties; timeshares; and yachts, as well as professionals working in the construction industry, and Virgin Islanders traveling to and from the islands. The Commissioner assured that efforts are continuing to increase airlift to both airports, on St. Croix and St. Thomas.

Governor of the U.S. Virgin Islands Kenneth E. Mapp thanked the respective airline partners for their commitment to the Territory, and explained that his Administration was making every effort to ensure there was adequate air access between the Territory’s airports and the U.S. mainland. “It’s really encouraging to see the continued demand in the marketplace for the U.S. Virgin Islands, as we continue making strides in our recovery from September’s back-to-back hurricanes. The resilience of our people and our Territory is undeniable, and we’re grateful to our airline partners for making their continued contributions to our recovery.”

With the latest flight additions, the U.S. Virgin Islands is now being served by approximately 13,000 seats each week – 9,000 to St. Thomas and 4,000 to St. Croix (not including intra-island service).

December 1, 2017 – The Transportation Security Administration (TSA) will be able to return to their assigned area in the Cyril E. King Airport Terminal and use their equipment to screen travelers by this weekend, announced Virgin Islands Port Authority Executive Director David Mapp.  The use of scanning equipment and machines should significantly reduce wait times during the screening process at CEKA.

TSA has been manually screening travelers in a temporary area outside of preclearance pending repairs to the CEKA terminal, which was severely damaged by two Category 5 Hurricanes in September.  Mapp said that air quality test results stating that the preclearance area was safe for airport operations were delivered this week to both TSA and VIPA.  TSA has already begun the process of returning to their normal location and should be in place by Saturday, he said.  Mapp advised travelers to arrive at least three to four hours early for their flights to allow enough time for the screening process.  Normal operations at CEKA, to include increased flight availability to St. Thomas, is anticipated to begin by mid-December.

VIPA has been able to successfully operate most of its seaports as normal since the hurricanes, said Mapp.  The Theovald Moorehead Dock and Terminal at Enighed Pond was recently reopened in St. John and barges have returned to the facility to transport vehicles and cargo to the island.  The Austin “Babe” Monsanto Marine Terminal in Crown Bay welcomed the return of cruise ships to its port on November 21st as the Harmony of the Seas brought over 5,000 passengers plus 2,300 crew to St. Thomas.  Eight cruise ships berthed at Crown Bay in November and 30 ships are scheduled for December, said Mapp.  Cruise ships have returned to St. Croix since November 15th.  There were two calls in November, two visits are scheduled for December and 13 calls are scheduled for January at the Ann E. Abramson Marine Facility in Frederiksted, Mapp said.  VIPA’s cruise schedules for both St. Thomas and St. Croix have been updated and are available online at www.viport.com. All cruise schedules are subject to change.

Mapp reminded the traveling public that most of its facilities were damaged during the storm and are in the process of being repaired.  “VIPA has engaged the services of several contractors to perform temporary repairs so that we could reopen our facilities after the storms and enable travel and commerce.  However, there are still extensive repairs that need to be made to our properties,” he said.  VIPA has entered into an agreement with Lemartec, Inc. to manage the reconstruction of its hurricane-damaged properties.  CEKA has been targeted as the priority project, with an active construction schedule to begin in mid-January 2018.  Lemartec, Inc. is one of the premier aviation construction management firms in the industry and has been licensed to do business in the territory for the past three years.

November 20, 2017 – The Cyril E. King Airport Terminal on St. Thomas was severely damaged by Hurricane Irma and again by Hurricane Maria, less than two weeks later. The entire roof was damaged and windows were blown in, which led to extensive flooding and destruction of property. The Port Authority reopened the King terminal to limited commercial traffic on September 28, 2017 – just nine days after the passing of Maria. This was a remarkable accomplishment given the extent of damages sustained at CEKA. Most airlines have resumed service to St. Thomas, but are only offering one flight per day until repairs to the terminal are completed.

VIPA is pleased to report that American Airlines has recently added a second daily flight to St. Thomas. The damaged terminal gates have been repaired and the pre-clearance area at the King Terminal is ready to accept travelers. However, normal operations will not resume until TSA has completed an assessment of its equipment and staffing, which were both affected by the hurricanes. VIPA’s goal is to fully reopen the CEKA Terminal by mid-December 2017.

October 2, 2017 – The Cyril E. King Airport is open on a limited basis only. There is one flight per day from both American Airlines and Delta. Passengers with previously bought and/or cancelled tickets are encouraged to contact their airlines directly to rebook tickets. The Henry E. Rohlsen Airport on St. Croix is scheduled to reopen to commercial flights on Thursday, October 5, 2017. 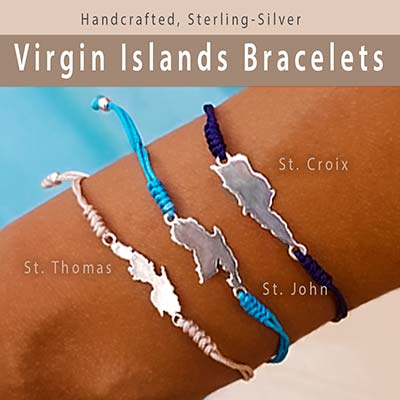