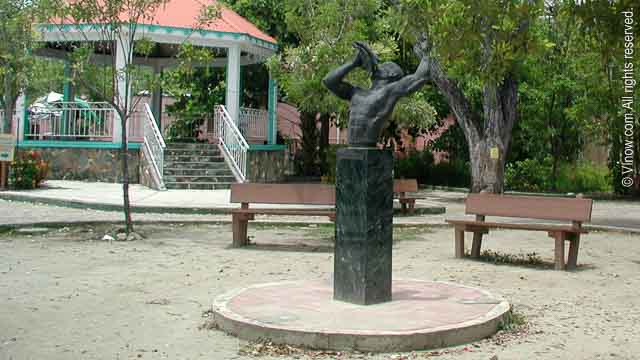 Archaeological evidence suggests that Indians inhabited St. John as early as 770 BC, however there were no lasting settlements until the 1720s. Attracted by the possibility of cultivating sugar cane for profit, several European countries laid claim to the little island around that time.

The British had claimed St. John when the Danish government took possession in 1684. Although the British had no settlement on St. John, residents on Tortola considered the island to be theirs. The first party of Danes that tried to settle St. John was asked to leave. The two countries disputed over ownership for some time.

On March 25th, 1718 a group of Danish planters from St. Thomas raised their flag at the first permanent settlement at Estate Carolina in Coral Bay. The group is said to have included 20 settlers. Coral Bay was not the finest area for planting but it had an excellent natural harbor. At this time the Danish colony on St. Thomas was well established and Danish and Dutch planters were excited by the prospects of establishing plantations on St. John.

The British continued their attempts to overtake the Danes on St. John, however in 1762, to keep good relations with the Danes they finally relinquished their claims. Expansion happened quickly. In 15 years approximately 109 cotton and sugar cane plantations covered almost all of St. John.

St. John’s hilly terrain meant that it was a must that the hills be cleared and terraced. The soil became thin when the trees were cleared; this made it necessary to add ashes and dung to the soil to maintain fertility. Sugar cane had to be cultivated and processed. The growing number of plantations created a need for labor. It was not profitable to hire workers for the plantations. African slaves and indentured servants were brought to St. John to work the plantations. It was not long before the number of slaves on the island hugely outnumbered free-men.

In 1733 there was a revolt on St. John against plantation owners and against slavery. On November 23rd, about 14 slaves entered Fortsberg with cane knives hidden in bundles of wood. They killed 6 out of 7 men in the garrison, took over the fort and fired one cannon to signal to the other slaves that the revolt had begun. The events that lead up to the revolt included; the adoption of a harsh slave code, the arrival of an elite group of African tribal rulers who preferred death to life as slaves and a summer of natural disasters, including a drought, two hurricanes, insect plaque and the possibility of famine. The seven month revolt left many Europeans and Africans dead. The recorded population at the time of the revolt was 1,295 – 1,087 slaves and 208 freemen. These figures do not include children under twelve or people who worked on company plantations in Coral Bay. The true population therefore was greater than 1,295. During the revolt almost a quarter of the island’s population was killed and large plantations were destroyed. Many slaves killed themselves when they thought the soldiers were going to capture them. French and Swiss soldiers from a neighboring island came to the aid of the Danes and settled the revolt.

In 1825 the Danish government opened a new courthouse and prison in Cruz Bay. The structure was intended to improve the treatment of slaves on St. John, by making justice a government issue rather than leaving it to individual planters. This building is now known as the Battery and is the only government building from the Danish Colonial period that remains.

The Danish Parliament around this time created a 12-year plan where slavery would be slowly dissolved. Many slaves said they would not wait 12 years.  A revolt on St. Croix prompted Governor General Peter Von Scholten on July 3rd, 1848 to abandon the Parliament’s plan and abolished slavery in the Danish West Indies.

With the end of slavery came the decline of St. John’s plantations and a dramatic drop in population. Between 1850 and 1870 St. John is said to have lost half its population. The plantation at Carolina Estate was kept running the longest by use of bay oil and cattle, and the Reef Bay continued operation until 1919 as it had been converted to steam power. As sugar production became profitless, bankrupt planters abandoned the island and former slaves moved onto the land. Some bought the land, others were given land gifts from former owners and the remainder became squatters.

The main economy of St. John for many years following the decline of plantation life was small scale subsistence farming. The island saw prospects of renewed sugar economy when in the 1870’s the possibility of producing cheaper sugar with beets was considered. However this did not happen, as St. Croix and Puerto Rico were able to produce sugar more effectively and for less money. The island was left to the inhabitant that lived off the land and sea. Around 1913 the population of St. John is said to have been about 930 persons.

In 1917 the United States bought St. John from Denmark. By the 1930’s, news of the beautiful American island had spread to the United States mainland and the beginning of what was to become a tourism boom on St. John was established.

Laurence Rockefeller in 1956 donated land to the Federal Government to establish a National Park. The 5000 acres became the nation’s twenty-ninth National Park. The land was presented to Fred Seaton, who was the Secretary of the Interior, he promised the government would ‘take good and proper care of these precious acres and verdant hills and valleys and miles of sunny, sandy shores’. Since then other donations have been made and presently the Virgin Islands National Park includes 7200 acres of land and 5600 acres of underwater lands.

Today St. John thrives as a favored tourist destination. A construction boom in the past couple of years is changing St. John from a quiet, sleepy island to one with a little more traffic and development.

Note: The information contained in this brief history was gathered from St. John Backtime Eyewitness Accounts from 1718 to 1956, compiled by Ruth Hull Low and Rafael Valls, printed in 1985 and John Lonzo Anderson’s Random Notes on the History of St. John printed in 1970.