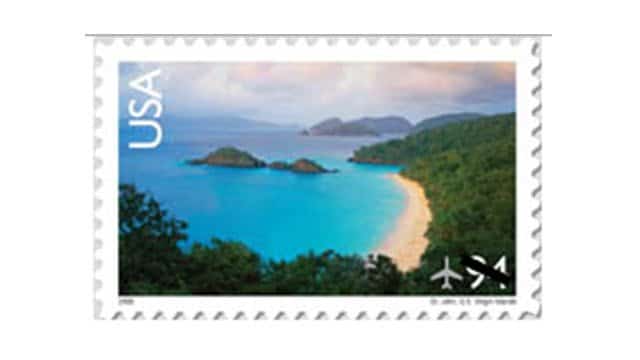 Trunk Bay is a beautiful beach on the north shore of St. John. A popular place for residents and visitors and one of the most photographed beaches on the island. It is frequently used to represent St. John and the U.S. Virgin Islands National Park in articles and advertisements, and now in a USPS postage stamp.

The new USPS stamp was issued on May 16, 2008 in Rochester, NY and St. John, VI. It features a photograph of Trunk Bay.

The stamp was designed by Ethel Kessler of Bethesda, Maryland. The photograph of Trunk Bay featured on the stamp was taken by George H. Huey of Prescott, Arizona. Text on the stamp reads, “St. John, U.S. Virgin Islands.”