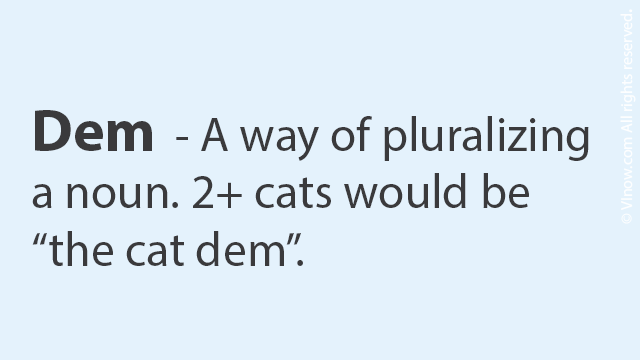 It is common to hear French Creole and Spanish spoken, particularly on St. Thomas and St. Croix. Spanish is spoken in the Virgin Islands by immigrants of Puerto Rico and Santo Domingo. French Creole is spoken by immigrants from St. Barthelemy, St. Lucia, St. Martin, Dominica, French Guyana, Guadeloupe, Haiti and Martinique.

While English is the official language and widely spoken it is often spoken with an accent and rapidly, therefore some words may at first sound unrecognizable to a speaker of standard English. Additionally a Creole English exists and it involves different pronunciations, unique vocabulary and doesn’t adhere to many grammatical rules.

Languages Spoken in the Virgin Islands

Population over 5 years of age

While English is the dominant language today this was not always the case, and its dominance can be considered comparatively recent. The most popular languages spoken within the past 400 years in what is today the US Virgin Islands are English, Virgin Islands Creole English and Dutch Creole.

The US Virgin Islands became a United States territory and official English speaking region in 1917. The islands were formerly the Danish West Indies. During the 245 years of Danish ownership the official language was Danish, however it was never established as the common language. Today it is not part of language in the Virgin Islands with the exception of Danish street names in historic areas.

Many settlers on St. Thomas, between 1665 and the early 1700’s, were Dutch. The general population in those days was an array of people who spoke many languages including Danish, Irish, Dutch, Scottish, English, Spanish and French. The African slaves that were imported to the islands came from different tribes and countries and they also brought their own native languages. Within individual social circles mother tongues were spoken. To communicate with everyone in the community residents had to learn bits and pieces of other languages. What developed from this borrowing from here and there was a Creole language. As a majority of the initial settlers were Dutch, the language that developed was a Dutch Creole.

Dutch Creole included some Dutch, Danish, English, African, French and Spanish words. Spanish words were primarily for animals and fruits. French words retained were often verbs. The Dutch Creole language that formed is known as ‘Negerhollands’ and it was generally used by slaves amongst themselves. Planters learned the language in order to communicate with the slaves and later the general population shared this language.

In the middle of the 1700’s Moravian missionaries sought to bring Christianity to the slave communities in the Danish West Indies. Initially sermons and classes were strictly oral and in Dutch Creole, however the missionaries gradually added books. The New Testament translated into Dutch Creole, for example. As the Creole language alone was too basic to translate such works, words from the standard Dutch language were utilized, thus creating an almost new Creole or blended Dutch Creole. This blended Dutch Creole was considered artificial as compared to what was spoken in the colloquial language.

Lutheran church services for the black population were held in Creole until the 1830’s.

During the early 1800’s a linguistic change had begun; English became more prevalent. Encouraging the move to English was British occupation in the islands between 1807 and 1814. Instruction for children attending confirmation classes were in English with Dutch Creole as a foreign language. Additionally, English had long been the popular choice for business in Charlotte Amalie’s busy trading port. By the early 1880’s Dutch Creole could be heard only among a few older people. The Dutch Creole language is today extinct in the Virgin Islands. There is little written material of the colloquial language and the religious texts that were translated were heavily blended with Dutch.

St. Croix was owned by the French until 1733 when the Danes bought it. By 1741 there were 5 times as many English on the island as Danes. English Creole emerged on St. Croix more so than Dutch Creole, which was more popular on St. Thomas and St. John. A dialect of English Creole called Cruzan is heard on St. Croix today.

Creole languages are simple with little use of grammar. Consequently even when the shift from Dutch Creole to English occurred there was still great difficultly in much of the populous with correct forms and grammar. An English Creole formed as the populous learned English verbs, nouns and adjectives but lacked the correct rules for putting them together. Phrases beginning with “I is” and “I be” illustrate the lack of grammar rules. Such phrases can still be heard today; often in casual conversations between locals and particularly between children.

A characteristic of Creole English that is still very popular is the doubling of words as a way of reinforcement. For example one might say ‘good good’ in response to ‘how are you’. Also, there are a wealth of proverbs, like ‘poor people must not have warm hearts’ and ‘monkey know which tree to climb’. These proverbs are still widely used in the Virgin Islands.

Creole English is seen as ‘bad English’ and is often associated with the poor and uneducated, therefore parents and teachers often criticize and correct children when they use Creole English rather then standard American English. Most older children and adults in the Virgin Islands can quickly switch between Creole English and standard English when having a conversation.