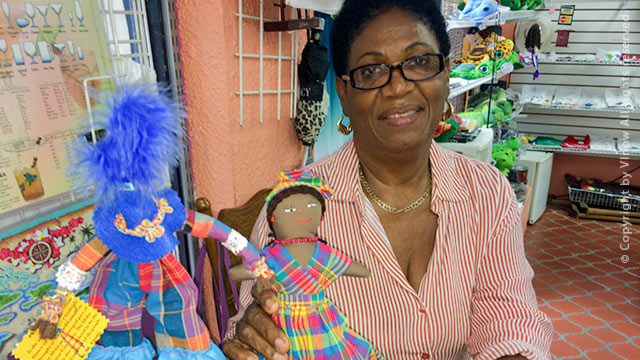 The first people known to have inhabited what is today the Virgin Islands were the Carib, Arawak and Ciboney Indians. These indigenous people are believed to have left and/or been forcibly removed by the late 1500’s.

Between the early 1600s and mid-1800’s the residents of the islands were of European and African extraction. Settlers, mainly from Holland, England, Denmark, Ireland and France, came to the islands to operate plantations, to run shops and warehouses, as indentured servants and to live in the fledgling new colonies. Outnumbering the European whites were African slaves that were forcibly brought to the islands as labor for the plantations. Whites and Blacks born in the islands were called Creoles. At the end of the plantation era many of the white planters and their families returned to Europe.

In 1917 the United States bought the Virgin Islands from Denmark. The population in the late 1800s and throughout the 1900s changed greatly. There was an influx of immigrants from neighboring Puerto Rico to St. Croix to work in agriculture. French immigrants from St. Barths and British immigrants from the British Virgin Islands came to St. Thomas and today are well established. As a new US territory American officials and military personal were sent to the islands. These five groups made up the majority of the population in the early 1900s. After Naval rule ended most of the military personal and officials returned to the mainland and a new group of US mainlanders began coming to the islands; tourist! With tourism came a boom in the economy and another influx of immigrants. This was the mid-1900s. More French from St. Barths and more British from the British Virgin Islands came to work in hotels and restaurants on St. Thomas. Americans from the mainland came to the islands to invest in hotels and property and to enjoy island living. As tourism grew and the prospect of better jobs and a better livelihood so did the population. Large numbers of immigrants from throughout the Caribbean came to the islands and while this migration is much smaller today it still continues. Presently almost every island in the Caribbean is represented in the Virgin Islands from St. Kitts to Trinidad and Dominca to Anguilla.

A small close knit Middle Eastern community established themselves in the Virgin Islands shortly after the 1967 war in which Israel occupied areas on the west bank of the Jordan river.

Today the population of the Virgin Islands is 78% black, 10% white and 12% other. While 81% of the population is of West Indian background only 49% were born in the Virgin Islands. The remaining 32% were born elsewhere in the Caribbean. Residents originally from the US Mainland make up 13% of the population and Puerto Ricans make up 4%. The remaining 2% is a mixture of immigrants from across the world including the middle east, India and Asia. (Source: US Census Bureau – 2000)

While the population of the Virgin Islands may seem largely the same and residents may outwardly express nationalistic pride as Americans and Virgin Islanders, residents do not forget where they and their neighbors are from. A Virgin Islander will quickly differentiate themselves from other residents who are from neighboring Caribbean islands. Differentiations are also made between white Virgin Islanders from old families, from French families and white continentals. Differences between residents from St. Kitts, Dominica, Trinidad, Puerto Rico, Haiti, Santo Domingo, Tortola… are not forgotten and most residents can identify the various groups by differences in accent, slight differences in skin color and facial features and last names. While the population is largely Black West Indian, it is still an ensemble of different groups.